★★★★★
"Thank you for the great work that you and your wonderful team did for me. I put together a compilation of musical styles to hand out at my 25th high school reunion. The short run that you did for me was just perfect!!! Thanks again!"...


★★★★★
"NMS has been our choice for packaging and duplication for our last four CD projects, spanning the last four years. In that time we have found their quality, value and professionalism unmatchable by anyone else. But that's only part of the story. It's often said that a company is only as good as the people that work there. The folks at NMS are so good that we have come to think of them as an essential part of our Trinity River Band team! We can't imagine doing a project without them!"...


★★★★★
"Your thoughtfulness and attention to detail, as well as personal concern for my project was a breath of fresh air compared to other CD replication companies. I am going to refer all of my friends to you and look forward to doing more business together in the future."...

Every year at National Media Services, we ask one of our customers to record a Christmas CD.

In turn, we send this CD to our customers as a “Thank You” for doing business with us. This year we asked Bud’s Collective out of Wardensville, West Virginia. Bud and the gang came and did the honor in the Upper Room Studios at National Media Services. The band is made up of front man Buddy Dunlap on guitar and lead vocals, Cody Brown on bass, Gina Clowes on banjo and Jack Dunlap on mandolin.

This powerful group of pickers from the hills of West Virginia reflects roots firmly planted in the Bluegrass tradition and add to it in ways all their own. Playing a tasteful mix of front man Buddy Dunlap's original material and popular hits ranging from Stevie Wonder to Alabama and all points in between, Bud's Collective has been making some serious waves in the music scene.

These guys and gal have been playing music together informally for over a decade, and their music speaks of the years spent adapting and blending with one another's styles. They’ve won first place in the DC Bluegrass Union Mid-Atlantic Band Competition and took 2nd at the SPBGMA International Band Contest. They host their own concert series called Bluegrass in the Barn which continues to grow into one of the most popular events in the West Virginia Panhandle, attracting crowds that spill out of the barn and into the yard! What truly sets them apart from the rest is the energy that fills the spaces in which they play - captivating audiences and leaving them wanting more.

This Enhanced CD contains our latest catalog and a video about our services.

540-635-4181
mike@nationalmediaservices.com
Monday-Thursday: 9am - 5pm
Friday: By Appointment Only 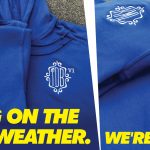 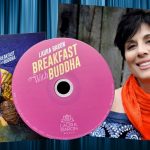 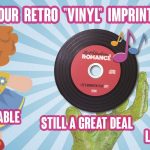